Challenge is a Matter of Perspective 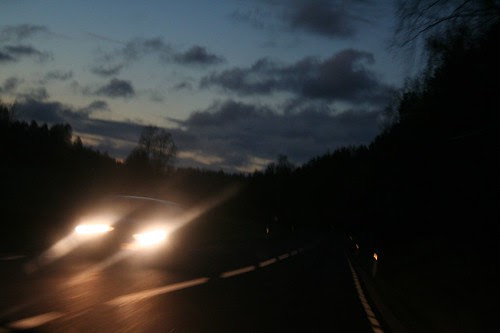 As I was driving away from the last city council meeting I was thinking about the challenges I face.

Behind me was the challenge of wrangling a budget to come up with $33,000 more dollars to pay for new insurance for city employees. Behind me was a company in bankruptcy that left us with an $8 million bond that we have to pay without them. Behind me were problems of varying shapes and sizes, small, large, unruly, hulking, lumbering, rampant and the ever-lurking potential problem that can jump out at you like a thrill-seeking gremlin with a penchant for surprises.

Ahead of me was a little boy who won't pee in the toilet. No matter how many different ways you try to trick him.

I wanted to drive back to city hall where the problems seem small by comparison.

I dialed Hubby who was at home with the kids.

Me: Hey, uh, my meeting is running long. There's a problem with some stuff in the thing.

Him: The thing? (I could tell he was confused.)

Him: Which side of the "you-know"? (I could sense he was trying to trip me up.)

Me: East. The east side. YOU know.

Him: Um, not really. When are you coming home?

Me: Is Tristan potty trained yet?

Him: We just started yesterday.

Me: Oh yeah, that's right. (Long, awkward pause. After a while I thought the call was dropped.)

Him: So, you're coming home when?

Him: And that problem with the stuff in the thing at the east side of the you-know?

Me: Oh, I guess that'll fix itself without me.

And then I pressed harder on the gas and turned toward home, driving farther into the night.