Life Lessons on the Fly

Much to my entire family's annoyance I like to use every day experiences to teach my kids lessons about life. I think the real world is the best possible classroom.

For example, a couple of years ago my oldest son got into the habit of starting his requests with, "I know you're going to say no, but could I..."

I work in a job that is about constant negotiation and there is an art to it. And if you want to hear a yes, you definitely do not let on that you're prepared to hear a "no" because it makes "no" so much easier to say.

So I explained this to my son. "If you want something, don't ever ever ever let on that you expect someone to say no. It puts you in a weaker position." I tell him this because I want him to be in a strong position whenever he goes after something in life. The downside is now, two years later, he is getting to be an exceptional negotiator and if this keeps up I won't stand a chance.

Today we were watching a bike race on the Olympics, a moment where two racers were evenly matched just a minute or so from the finish line. In a bare few seconds one rider let down his guard checking to see how close the pack is on his tail and his evenly-matched competitor takes advantage and sprints for the finish line, creating a gap that was impossible to close in the short time he had to make the finish line.

I sat stunned and rewound the Tivo to see if I had just seen what I thought I had seen. Olympic athletes who have been training for years to get where they were and in one moment of inattention they lose their hard-fought position.

And then on top of that, the guy who pulls ahead starts waving his arms around in celebration before he crosses the finish line.

The mother in me, of course, was thrilled at these teachable moments and my family suffered through me rewinding about four times while I discussed with my oldest the merits of concentration, of keeping your eye on the prize, of not assuming you've made it until you cross the finish line.  I always say it's always more pleasant to learn from other people's mistakes than your own. As a person who has learned a lot of things the hard way, I think I'm right.  The hard lessons are the "sticky" ones, but as a parent I want to try really hard to teach these things before they have a chance to get knocked in the head by life.

It certainly can't hurt.  Until they take your remote control away and stop letting you have control of the television. (That was the lesson I learned the hard way today.) 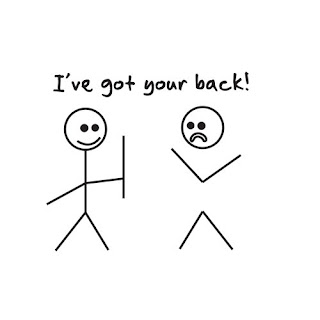 Every week I look forward to my "Lazy Sunday."  I call it that because that's the way I picture it in my mind every week -- me lingering in bed, waking when I want, stretching out with a happy squee while I reach for a book to snuggle with for a leisurely hour before getting up to shower and have a quiet breakfast.  I love Lazy Sunday, my favorite part of the week.

The reality of Lazy Sunday is that it hasn't arrived yet.  It's an elusive fantasy born from lack of sleep, too much stress and too few life victories.

I just nearly... almost... had it today.  I woke up about 6:30 and managed to go through the Lazy Sunday ritual all the way up to a few pages into the book part.  The dog appeared and insisted I let her out because everyone else manages to sleep through her wet nose nudging them in the thigh or elbow.

From there the day proceeded like all the other days with neighbor boys knocking on the door every half hour until my boys finally wake up. I huddled behind the door where they couldn't see me in just a t-shirt and underwear promising, "I will send them over to your house as soon as they wake up. You don't need to keep knocking. Really, you don't."

Around 9AM the boys finally woke and at 9:05 they ran back in to say they have caught a skunk in the live trap they set out the night before. They baited the live trap with three baby birds that had died during yesterday's Operation Rescue the Babies that Fell From the Tree. I'm sure they were expecting a squirrel or raccoon, but with boys rarely does anything go the way everyone expects.

I was on the phone with the Game & Fish guy a few minutes later while a neighbor boy decides it would be a great idea to throw sticks at the skunk to see if he could get it to spray them. I still don't understand the way children's brains work.

"Seriously? You're not coming to get this thing?"

So I stood in the driveway watching the annoying neighbor boy throw sticks at the skunk trapped in the cage while the other boys dance around in a circle like Neanderthals on methamphetamine and Mr. H explains to me how I should take an old blanket and sneak up on the skunk and throw it over him.  Mr. H says the skunk won't spray us if he can't see us.

And then Mr. H suggests we fill a 30-gallon trash can with water and submerge the trap into the water, put the lid on it and wait "at least 8 minutes."

"No. We're not killing the skunk. Definitely not."

So after hanging up with the Game & Fish skunk killer, I'm explaining to Mr. Redneck next door (whose kid is throwing sticks at the skunk) exactly the full procedure that Mr. H explained. In the middle of the conversation, Mrs. Redneck interrupts and tells me her kids haven't had breakfast and would I mind driving her to the grocery store because their car is broken.

Back inside the house I'm looking for a blanket I don't mind sacrificing in case the mission fails and I give it to my oldest son to hold until I get out there. Mr. Wendy and I begin arguing about discussing the actual procedure -- whether it is okay for the kids to be involved in extraction, the merits of releasing into the yard versus releasing into the wild, the mechanics of how the trap works and how many sticks should be involved in the process, which directions said sticks should point and in what order, and contingency plans for anyone who might fall victim to spraying.

By the time I get back out to the driveway where mobilization is supposed to occur I see Mr. Redneck running like his ass is on fire and five children running in what looks like eight different directions. Apparently during the "planning stage", Mr. Redneck enlisted my oldest son's help to release the skunk which then proceeded to chase my youngest son. His reasoning? "Well, he's a Boy Scout, so I trust him more in this situation." (Nevermind that he's nine and last time he and his friends were together they were using their Boy Scout tools and knowledge to try to start a fire on my front porch.)

My youngest tugged on my shirt and said, "Mom, he was nearly biting my ankle and he had his mouth open like this and was hissing!" To demonstrate, he opened his mouth wide and displayed every tooth he had.

Mrs. Redneck waited not so patiently on the sidelines for her ride to the store. I drove her there and sat in the soon-to-be 100+ degree heat and watched her walk toward the automatic doors -- her in her thin strappy sundress she had been wearing the day before which showed most of her cheap white bra. Her feet were bare and dirty on the bottom, her toenails painted a bright, startling blue.

I scrunched down in the seat, closed my eyes and started dreaming about my next Lazy Sunday.