One Day in Summer... 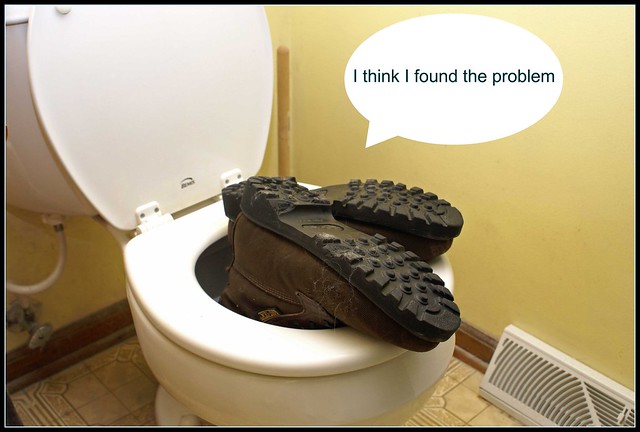 But the most important lesson I learned was about earning respect and how important it is to fight for the things you deserve.

They started me off by dusting. The least domestic girl in the universe started at the southeast corner of the building and worked her way to the northwest corner. The manager said, "This will help you learn what we have in inventory and where everything is. By the time you are done, you'll be familiar with the lay of the land."

It was hard to argue with that reasoning.  It seemed reasonable.  At least until about two weeks in and I was somewhere in the flood-mud encrusted electrical supplies that had been salvaged two years ago when our town was under eight or ten feet of water for days. My hands were dry and cracked and the smell of Murphy's Oil Soap made me want to vomit.  Two weeks in I was ready to quit my first real job.

I was too young to know then what I could do or what I was capable of, but the Boss could see. He was an astute observer of people, a salesman, he was a seasoned employer.  One day I stood up from wiping the bottom shelf in the middle of the fastener section and there he stood.

"Follow me," he said and walked to his office.

When I got there he handed me a huge binder. "Read this. If you study this and you pass the test, I will give you a five cent raise per hour.  We have a bunch of these.  You can do as many as you want.  I don't mind paying extra for an employee who is willing to learn and better herself. The more you know, the more money you'll make me. In the meantime, keep dusting."

As I dusted, I looked at everything. If I didn't know what something was, I read the package. I remembered where everything was. I could find anything in the store. At night I read the binder.  It was all about electricity and electrical parts. I passed the test and got my first raise.

The store was in the middle of a country town, a tiny town where time had stopped about fifty years prior. Ours was the only hardware store in town.  A coffee machine was in the back and men would come and hang out, spin windys, spit tobacco juice into old styrofoam cups. They'd eyeball me as they came in the door, then headed to the back to buy their supplies. They always asked for Dave who would write up their ticket, then tell them what bay to pull around to for loading. "The boys will load you up. Good day, Sir."

Dave was the master of every construction problem known to mankind.  And I'm pretty sure Dave hated me. Now and again I'd ask him a question and he never wanted to answer it.  He always wanted to take the problem from me and fix it. He never wanted to teach me. Dave had no time for a silly 17-year-old girl.

I'd glance to the back of the office, past the bookkeeper and I'd see Boss lurking in the dark passage between his office and the employee bathroom watching us. He knew Dave and I were not good. We made eye contact and he'd nod a single time, sharply, then turn away and go back into his office. He the Emperor, we the gladiators.

For weeks, I owned the binders. Nobody else was using them. I burned through electrical, hardware, plumbing. I became intrigued by how houses were built, that you could take basically sticks and metal spikes and fasteners and create a dwelling that could last hundreds of years if you did it right. At the back of the building was a sample of tiny cut up pieces of wood molding.  I memorized those, too, even without the promise of a raise.

I watched Dave wait on customers. I peeked over the displays I was dusting and eyeballed him when he wasn't looking. Periodically, I'd see Boss squinting at me through the picture window of his office and I'd duck down and dust some more. I got brave enough to start asking customers who came in, "Can I help you, Sir?"

Without fail their answer was always, "Yeah, get me one of the men."

Without fail I always did. For weeks and weeks. Until the day I didn't.

He jerked his head back as if I'd slapped him.  "What?"

He laughed.  I smiled good-naturedly, expecting him to insist I get him one of the men, but secretly hoping he'd give me a chance.  He looked around me to the back and couldn't see anyone he could call out for.  There was nobody to rescue him from the girl who thought she knew about hardware.

"You tell me what you need.  I'll help you and if turns out I can't help you, I'll get you one of the men.  I think you'll find I'm just as smart as them and a whole lot better looking."

He laughed again as if this were a game and shrugged.  "Alright, missy. Here's what I need..."

We ran through his list. I found everything.  I solved one problem and on the way to the check-out counter I sold him a flashlight he didn't actually need.

I turned to go back to dusting and saw Boss standing in the shadows. I'm pretty sure he smiled, the first one I'd ever seen on his face.

The next day I was fired from dusting duty and put in charge of the electrical department. And soon enough I was taking orders and solving problems just like Dave. I stopped hearing "get me one of the men."  The next time I heard it was when it was said to a new girl, Patty, who had taken over the dusting where I had left off.

And Dave still hated me, but he hated me more now because I wasn't a silly 17-year-old girl. I was the girl who one day had to explain to Dave where something was because he couldn't find it himself.

It was a good summer, the first of many spent learning about coming into my own. And that you only get the amount of respect you earn. And you earn it because you fight for it, sometimes by doing hard things, bold things.

And I learned that often the fruits on the highest part of the tree are the ones that taste the very best.