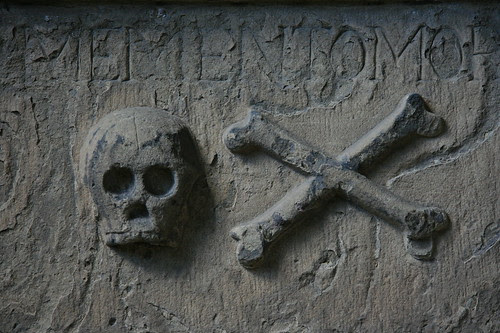 The other night The Toddler tried to kill my husband.

I was out most of the night doing city council meetings and after-talk. I got home very late and Rob and I sat talking for a while and had some fruit and cottage cheese. The kids were in bed and I hadn't seen them since I'd left for the meetings earlier in the evening.

He got up and was walking around in the kitchen doing stuff to get ready for bed. He walked past the doorway to the south end of the kitchen and all was quiet for a moment. Then I heard a terrifying guttural noise that I couldn't really identify except that it was coming from the last place to where Rob had walked.

I asked him what happened then realized he couldn't answer me. I thought, "Oh dear, I ate the same thing he did." It all tasted fine. Oh how I didn't want to join him in the other sink. I had food poisoning once and it was one of the low points in my life. I was thinking frantically what it could be that was causing him to throw up so violently, so quickly.

After a very long five minutes he was finally able to tell me what happened.

While I was at my meeting, Tristan had been sitting on the washing machine playing in the laundry soap for a few moments before Rob caught him and got him down. In the meantime nobody noticed that Tristan had put laundry soap in a cup that we have sitting on the dryer next to our Brita water dispenser. The cup is there for when Rob (or whoever) wants a quick drink of water.

When he went to take some medication before bedtime, he apparently didn't look in the cup before he put water in it then used that water to chug the pill he was swallowing. Laundry soap water down the hatch.

In case anyone wonders, the label on a box of laundry soap recommends that if you swallow laundry soap you should drink more water to dilute it. They do not, however, explain how you dilute it when you're busy puking it up. Maybe if you've thrown it all up you don't have to. They were not that specific. Also, the poison warning part of the laundry soap box is in very tiny letters, so if you know you're about to be poisoned you should have a magnifying glass handy to read what you're supposed to do when it happens. Or better yet, just commit to memory every antidote to every household chemical. You could practice reciting these to each other on family road trips or make a trivia game of it.

It seems to me we might need this in the future since The Toddler has obviously inherited my mother's penchant for nearly poisoning the family.