How to Pick Corn 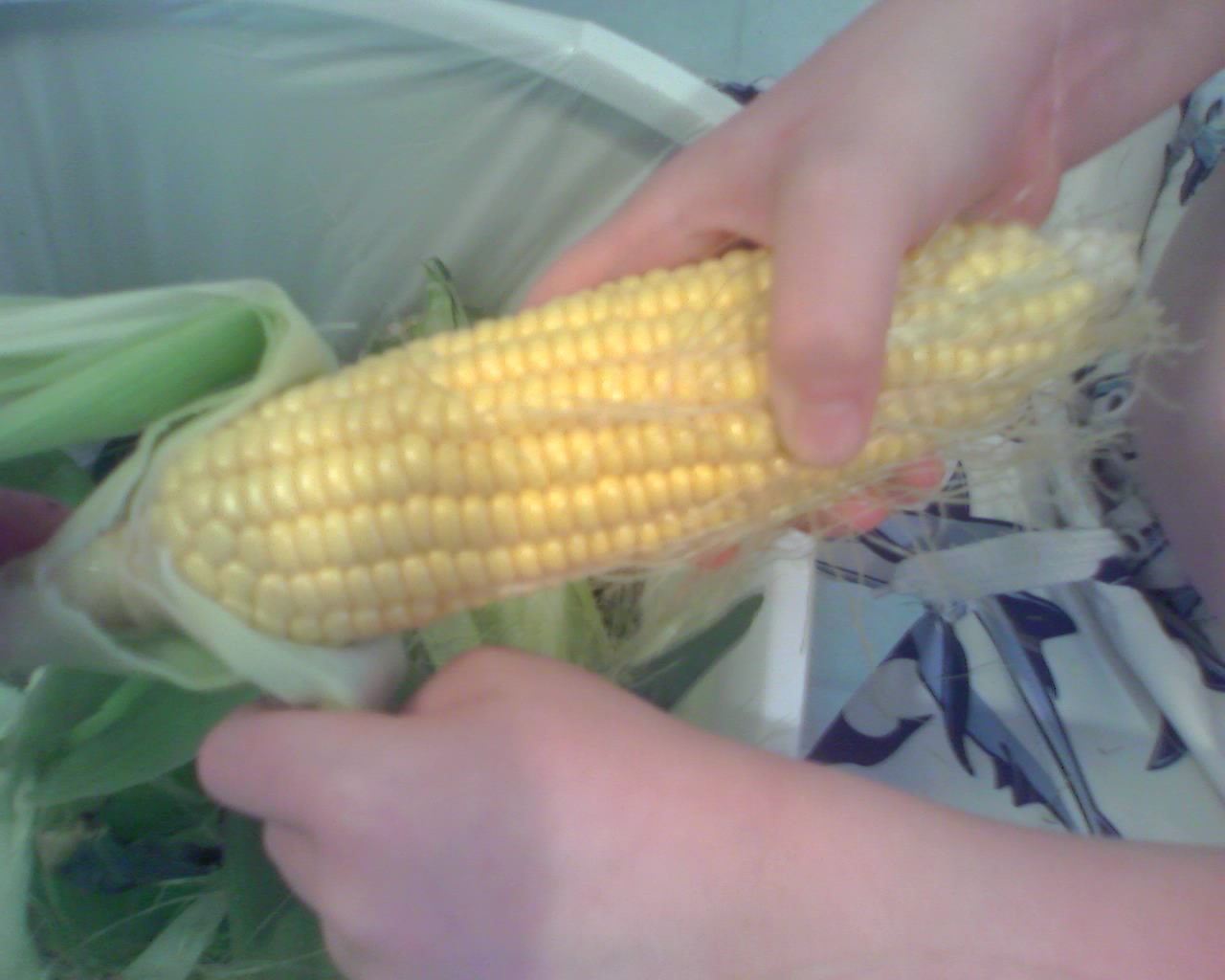 I love cruising the produce section for old ladies. Seriously. They know stuff. They are the magic keepers of all food and cooking knowledge such as how to pick out a good ear of corn, how to pick brussels sprouts and make a mean chicken soup. They are also a great source of hilarity.

Week before last an old lady gave me a stern talking-to about how I needed to be VERY CAREFUL about Kroger's 10 items for $10 bargains because sometimes they are more expensive than the dollar store. She leaned into my bubble pressing me back into the cold glass door of the ice cream case. Before she let me go I had to agree to be as diligent as possible about that extra 20 cents I could be saving by driving across town to the dollar store.

This week I wanted to pick up some corn on the cob still in the husk. I'm making a so-far-futile attempt to roast it on the grill. I realized despite living in the South for nearly my whole life I didn't really know how to pick corn in the husk in the produce section. When I was growing up my grandparents grew corn and you ate whatever was on the stalk whether it was good or not. You picked around the worms and you cut out the bad parts. Growing up in the Old South is fun. Don't even get me started on blackberry picking. None of this stuff applies to my own offspring since we live in the "New South". Sadly, as much as I joke about how I was raised and who raised me the place really has lost quite a bit of its charm due to modernization, environmental changes, technological advances and more.

It's still good though, especially with the old timers in the produce section.

Out of the corner of my eye I spy an old lady poring over a pyramid of oranges. She walked by me to get a plastic sack. I sprang into action.

"Excuse me, can you tell me the best way to pick out good corn?"

She sized me up to see if the question was worth answering. "You need to get the ones from Florida or Colorado. Where are these from?"

"Um..." I glanced around for stickers or signage. Nothing. I glanced sideways at her to see if she might be joking. Definitely not joking. I looked at the corn. It looks like every other piece of corn in existence. Feeling like a big failure for no reasonable reason I said, "I have no idea where this corn is from."

"You have to open them to see if they are good."

That seemed really wrong and impolite, like undressing your prom date when she greets you at the door just to make sure she looks good first before you go to the dance. Once you open the corn you can't just close it back. It turns disheveled and unkempt, ruffled and wasted and untidy.

The Corn Lady's hands grabbed roughly at the corn husk and ripped one side down with a shredding noise. The produce guy was just a few feet to my left and I figured he'd launch himself airborne over his box of artichokes and knock down the corn assaulters. He was oblivious to us over there roughing up the cobs, so to speak.

I gently peeled the top part of the corn down enough to see the top. Good color, firm kernels. In a pageant for good looking corn this one would be Miss Iowa or maybe Miss Tennessee. Another one had a pointy shriveled tip. The Corn Lady clucked with disdain. "Oh no, don't get that one. It's moldy. YOUNG MAN!"

I blinked. Who addresses anyone by "young man" anymore? The produce guy froze for a second obviously processing the auditory input. Finally he looked up. "Yes ma'am?"

"Where is this corn from?"

"Florida or Colorado. Right. Well, thanks for showing me about the corn. I learned something new today and any day you learn something new is a good day, right?" God, did I just fall out of a 1950's television show? What is wrong with me?

Campy dialogue aside, though, it's true, right? What new thing have you learned today?