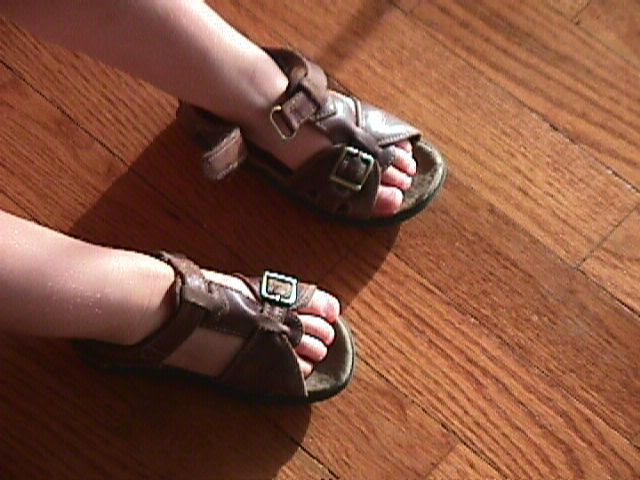 I'm frequently sleep deprived for a number of reasons, including, but not limited to having a light-sleeping toddler and the fact that sleeping just seems like a big waste of time and I don't want to do it. I have a lot of things I'm trying to accomplish around here.

Over the past 2.5 years since Tristan was born I've adapted pretty well to not sleeping and generally avoid having it interfere in my life too terribly much. Except yesterday.

I was really groggy getting up that morning and reluctant to get started. I could feel the bed calling me like a coaxing lover with a sweet embrace. Oh, to be wrapped up in soft, downy comforters with the ceiling fan swirling cool air around me.

About that time I hear, "Juice, Mommy."

To which I respond, "I'm on it." Except it came out more like, "mymawllit."

At the fridge I began a cascade of yogurt avalanche and while I was picking those up, Tristan sneaked in behind me and grabbed the top of the sippy cup and started saying, "Na na git meeeee..." Normally that's slightly cute, but that morning it was just annoying since my body parts seemed to have mutinied from the Commander-in-Chief up there in my head.

After about two hours I was ready to leave for work having lost an hour somewhere. I never did figure out what happened to that. Rob called twice saying, "Where are you? Are you coming in?"

I asked, "Did you think I have just been standing in the kitchen since the last time you called?"

After a pregnant pause he admitted, "Well, I wasn't sure."

I laughed, but then immediately stopped laughing after realizing I hadn't gotten much accomplished at all and maybe I actually HAD been in the kitchen all this time, asleep standing up.

I got Tristan's shoes on and got him to daycare. The daycare lady said, "Tristan, you've got your shoes on backwards." I looked and sure enough he did. Obviously on backwards, not like the kind of shoes where it's hard to tell the right from the left. How can you not notice putting your kid's shoes on backwards?

At work, I knocked a stack of folders off my desk. After cleaning that up, I went to the kitchen to make a pitcher of lemonade and as I'm about to mix it together Rob says, "Hey, that's green."

"How long has it been since you've changed out the water in the filter container? There's something green in there."

Maybe if I slept more I wouldn't be such a hysteric. I know my kid would certainly be dressed better.