How I Lost My Mother-of-the-Year Nomination

From Sunday to Sunday it was a very bad week.

It started out exciting. On Saturday I decided I would make a bold move and take Julius with me to do the weekly grocery shopping on Sunday. We'd have a great time just the two of us and he could help me with the coupons. I envisioned fun scavenger hunts for grocery items and races to get things in the basket. Sugar plum faeries. Shooting stars. Swelling music montages and the two of us linking arms and skipping down the aisles like Dorothy and her sidekicks off to see The Wizard.

You know, the usual stuff that makes up my daily life.

It didn't really end up the way I had it all planned.

I thought a treat really must be in order so we went out to lunch. Over the menu Julius said he didn't really feel like eating and he just wanted some tea.

"I'm not hungry," he insisted.

I insisted back. "You MUST be hungry. You ate hardly any breakfast."

We ordered. He had Jello and part of a sandwich and off we went to the stores.

After a couple of stops he started misbehaving. First he started complaining his legs were hurting and he couldn't walk. "I need a wheelchair," he moaned.

I rolled my eyes. At Walgreen's they have little tiny baskets that kids can't sit in, so periodically he'd fall to the ground and exclaim how he couldn't go on anymore.

Filled with compassion (not), I hissed, "What is WITH you? GET UP!" Finally we made it out with one stop left to go... the big grocery store.

I helped him heave his ginormous body into the basket (at 6 he's over 60 pounds and only a foot and a half shorter than me) and he complained he was cold. Not realizing that my mother-of-the-year nomination was in dire peril I simply dismissed his complaint as low stamina for shopping and proceeded to bury him in cereal, canned goods, bread, corn on the cob and toilet paper. 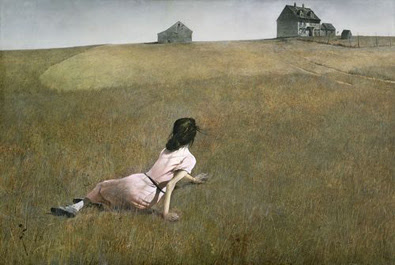 A woman wheeled past me and glanced at Julius neck deep in groceries, lying his head on a big 30 pack of Charmin looking miserable and said, "Oh my, your child is certainly surrounded by groceries!" I wanted to say, "Lady, don't even start on me about it because this is better than the alternative where he falls to the ground like he's posing for an Andrew Wyeth painting..." But instead I smiled and said, "Isn't he, though?"

About every minute and a half he said, "Mom, I really want to go home. Are we done yet?"
"I'm trying to hurry, Jules, I really, really am."
At the checkout I unearthed the child and told him to go sit on the bench by customer service while I paid for all the groceries. After an agonizing wait for all the grocery scanning and coupon scanning I wheeled the basket toward the exit and saw a lady pointing over at Julius. She had a strange look on her face.
And there he was... my lonely-looking youngster surrounded by a big explosion of red Jello and sandwich spew. And when I say "big", I mean it spread out for about two feet around him and the customer service bench. And everyone was staring at him. And when they were done staring at him they turned to stare at me.
Imagine, if you will, how crummy I felt about giving him a hard time, how insensitive I felt for making him eat when he didn't want to, how inept I felt that I didn't realize he really WAS sick and I should have skipped shopping. So much for mother's intuition, right?
And then along came a fellow with a large box on a dolly. He pulled on some rubber gloves. I started to bend down to clean up barf with a big wad of paper towels someone had brought over. The guy says, "No, no... let me get that." I kept saying, "I'm so sorry, so sorry... so sorry about this... blah blah blah sorry blah blah babble babble..."
He smiled, "No, it's fine. It happens. Check this out!" He scoops a big cup of powder out of the magical box and dumps it onto the red biohazard covering the floor and it somehow mysteriously changes its physical properties and turns into something that can be swept up with a push broom. I wanted to buy that box of stuff from him, whatever it was. I've never seen a guy so happy to clean up gross stuff.
Turns out that was the beginning of our adventures in biohazard for the week. Julius was Patient Zero followed by me, then by Rob. Then it swept through the family a second time. The only one who didn't get sick was Tristan who frequently builds up his immune system by doing bicep curls with earthworms and pectoral flexing by cricket catching. Oh, and eating stuff off the ground.
Okay, maybe there's actually more than one reason I lost my nomination.